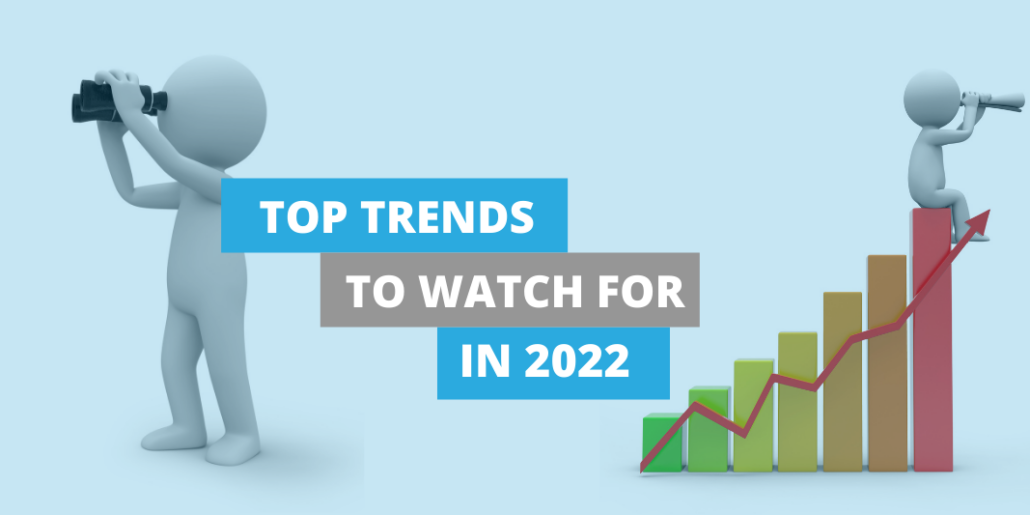 Outlook 2022: Top trends to watch out for

The past record year has already been a strong start for disruptive technologies such as crypto, web3, and tech, but what’s coming in 2022 will reshuffle the world’s cards.

We look back to the record year 2021 with some impressive facts. Between January 1 and mid-April, Bitcoin gained more than 120%, reaching a then-record value of almost 65 thousand USD. Huge support from institutional investors, increasing adoption by Wall Street banks, and growing adoption by large companies like Tesla and Mastercard all contributed to its growth. Furthermore, new technology was taking over the world in no time. Sales of non-fungible tokens (NFTs) exploded in 2021, with U.S. artist Beeple auctioning off an NFT for nearly $70 million at Christie’s in March. It was one of the three most expensive works by a living artist sold at auction.

In the third quarter of 2021, sales of NFTs reached $10.7 billion, an eightfold increase from the previous quarter. However, this is just the beginning of NFT technology. Experts believe that NFTs will make property rights on the blockchain the standard. More disruptive applications will be explained later in the blog.

The year 2022 holds many new opportunities in different sectors. In this article, we will take a closer look at disruptive areas such as NFTS, Web3, Metavers, quantum computing, space tech, biotech/life sciences, and cryptocurrencies.

Currencies & digital assets have performed very strongly this year. This can be attributed to three central reasons. Several leading cryptocurrencies have made important updates that have taken their project to the next level. Famous examples include Terra with its Columbus 5 update. In addition, institutional investors have now also found their way to cryptocurrencies. This trend was crowned with the first listed Bitcoin fund (on the New York Stock Exchange) in the world. For these very reasons, an immense amount of coverage and word of mouth has developed on the internet, which therefore has thrown a lot of attention on the entire crypto industry.

Venionaire Capital expects these trends to continue in the coming year.

For example, potentially very influential updates are planned, such as the ETH 2.0 update. We are watching an entire industry grow around digital currencies and digital assets. True to the saying, during the gold rush you should sell shovels and not dig for gold, the research team of Venionaire Capital is intensively looking for companies that enable this trend. We are proud to announce that we have already made investments in this area through the EXF Alpha fund, such as the market maker Flovtec or the company Blockpit, an innovative tax software for returns from cryptocurrencies. In the coming year, our team will continue to monitor this sector and consider further investments.

In the same spectrum, Venionaire Capital expects a rise in NFT activities. We expect leveraging NFTs (blockchain-based records showcasing digital ownership of items like art, collectibles, and music), therefore creators can access new, technologically sophisticated revenue streams and engage with users and fans in innovative new ways.  The gaming industry can be used as an example of this. Global in-app purchases have reached a volume of about USD 150B this year. NFT gaming applications can also raise such a volume within a very short time. However, this is only one of many industries that can be based on NFT applications in the future.

A similarly disruptive technology as NFTs is the Web3, a new generation of the internet based on public blockchains. Although it is still in its infancy, we recognize an incredible potential for innovation in the creator economy. To understand the potential scope of Web3, the quote of futurist Gerd Leonhard, who described Web3 technology as follows, serves: “Technology is just a tool and it’s not the purpose. I think there’s going to be a renaissance in the sense of people saying, ‘we’re going to rethink this to see if it’s actually good for your life”.  For 2022, we see that a strong trend in Web 3.0 is the implementation and use of Machine Learning (ML) and Artificial Intelligence (AI) algorithms. Potential applications are no longer limited to voice assistants but can be used in areas such as precision material, drug design, and climate modeling. The third paradigm of change in Web 3.0 involves the migration of resources and data away from centrally controlled companies, such as the big tech companies, to decentralized networks and organizations.  This paradigm has so far been implemented most strongly in the blockchain space, especially in currencies & digital assets, but we see a variety of other use cases in 2022. 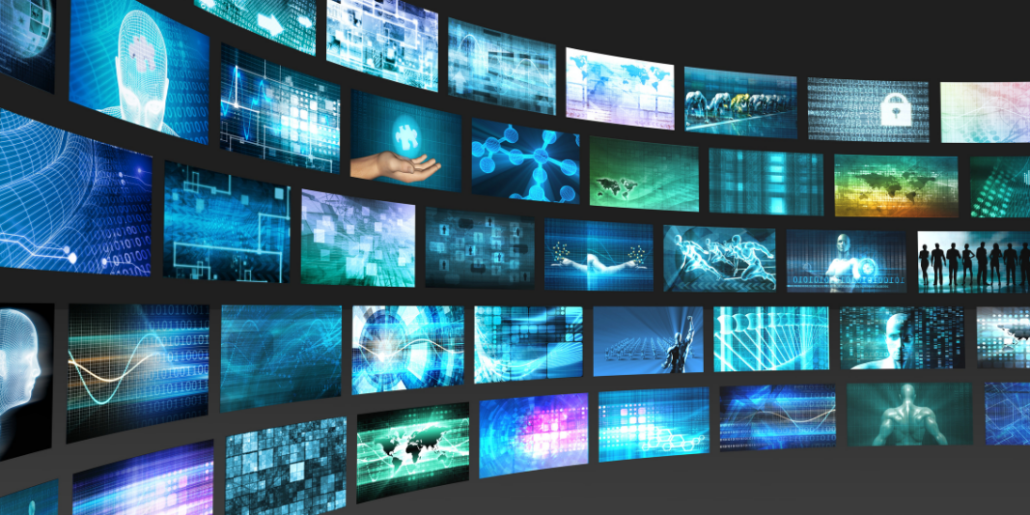 When talking about trends to watch out for in the upcoming year, the revolutionary uprise of quantum computing must be examined precisely. The technology of quantum computing is still in a very early stage, we haven’t made a final decision if we are ready to invest in it yet. Nevertheless, it is a deep tech topic we will follow very closely. We included it on our investment radar and closely monitor all progress. The possibilities of developing drugs and vaccines faster, further enhancing cyber security, and transforming financial services in areas such as asset trading optimization or risk profiling are just some of the ways in which quantum computing can benefit our society. Quantum annealing, a method that is applied to find solutions to problems with many solutions, can be used for the optimization of portfolios, for instance.

In 2021, we could impressively witness the rapid expansion of humans into space. Space tourism has become a reality for the first time with the space flights of Richard Branson and Jeff Bezos, both of whom have described the journey into space as a life-changing moment. That these flights were just the beginning of this industry, however, is made clear from several interviews with experts.

For example, the COO of Orbital Assembly Corporation, one of the leading companies that want to offer space flights to everyone, notes that

“there’s no engineering reason for that. It’s just a matter of will and getting all the business and commerce components in place to make it happen.”

But it’s not just in space that dizzying heights are being reached. Already last year, SPACs released huge amounts of capital for space tech companies, such as Astra with a USD 500M SPAC IPO, which is still waiting for a successful rocket launch. There are already several IPOs planned for this year, such as the IPO of Virgin Orbit with an expected volume of almost USD 500M. It is likely that this trend will intensify and that there will be even larger volumes and more deals in the space tech space this year.

Another exciting industry that Venionaire Capital is watching closely is the biotech and life science sector. According to a research paper published by Forbes Magazine, traditional drugs have always been configured as “one-size-fits-all”, but there are some companies working on customizing drugs to the DNA of patients to generate higher healing effects.

Venionaire Capital is at the forefront of this trend. A portfolio company of the fund we manage is the world leader in microbiome diagnostics. Biome Diagnostics uses cutting-edge DNA sequencing technology, advanced data analytics, and artificial intelligence for individualized diagnosis based on individual microbiomes of single patients.

Furthermore, Forbes claims that personalized medicine will be a strong focus throughout 2022, and researchers are confident it will lead to more effective and efficient treatments for many diseases. An assessment that the Venionaire research team fully agrees with.