Nowadays, there are several discussions about a potential tech bubble in the US Venture industry. Valuations of companies like Uber make markets fear that the world is heading towards a crisis similar to the bursting of the dotcom bubble in the first decade of this millennium. But what is actually a “bubble”? There is a wide range of literature about economic crises, but this would dig a little too deep into scientific publications. I personally like the neat and easy definition of Paul Krugman from New York Times:

It is a situation in which asset prices appear to be based on implausible or inconsistent view about the future.

The market has changed

Now that we are settled with the definition of a bubble, we can focus on the question if there is actually one or not. Take a look back: 15 years ago, the internet was just at the beginning of its global commercialization. It was in its strongest growth phase, but was far away from a solid market, ready for trillion dollars of revenue. In 1997, only 2% of the world population had access to the internet compared to 55% or over 4 billion user in 2018. If there was a bubble today under the same metrics, the valuations would need to be 200 times higher than 15 years ago and this is certainly not the case.

These numbers are the key driver for changes in all industries. The landscape of internet based, tech revolution is currently spread over all fields and has in some industries just started to knock on the doors. Nowadays, we have increasingly inexpensive and capable mobile computing devices and internet connectivity, with huge bandwidth and much higher data-storage capabilities. After 15 years of post-dotcom successes and failures, the approaches of startups and investors changed dramatically. Both sides of the market are much more professional nowadays.

Bubbles behave very much like black swans – they are not predictable if you just look at events in the past. Nevertheless, there are several indicators to which people refer. Let´s see if some of the most commonly used indicators implicate implausibility or inconsistency as described in our definition of a bubble. If you read articles across the venture blogs where people argue for a bubble, you will always see these indicators mentioned:

In fact is, the average amount raised has increased in the last two years. But on the other hand, the number of total deals stayed rather flat. So the money is therefore invested in a small selected group of companies and not strayed to everyone who claims to be next “unicorn” (and there are many of them). This implicates a raise of valuations: otherwise the founders and early stage investors would get diluted too strongly which is actually a good argument against a bubble. Ljungqvist & Willhelm pointed out in their publications that the fragmentation in stakeholder ownership was one of the main factors for the dotcom bubble.

The IPO exit ratios are falling and there simple explanation for that. The attitude of founders has changed dramatically. 15 years ago the main goal was to just build a business and make an IPO at whatever costs to get rich as fast as possible. Now, companies have solid revenue streams and significant amount of money on their bank accounts. They want to keep private, expand their business and exploit their opportunities on their own rather than just go public or get bought. They prefer bigger late stage rounds (nowadays also called “Private IPOs”) instead of IPOs.
The companies are in the same stage of development so they need similar amounts of money (low exit ratios) as in the past – they just follow a different strategy nowadays. The same phenomena is the reason for the increased activity in the “Venture Debt” market (i.e. Netflix with a 1bn$ bond emission last year).You also see this if you look at the average time from the first VC funding to IPO/M&A. It has more than doubled from less than 4 years (1997) to 8 years (2014).
Now what is the reason for an investor to put in so much money in these deals? Just consider a PE investor who is struggling to keep up his IRR because of the low interest rates. The average IRR in PE has fallen to 8%-12% p.a. It is plausible for a PE investor to enter a late stage Venture Market. There is a trillion dollar market with plenty proof of markets and an average IRR of 23% in case of an IPO. It just appears that after 15 years the border of late stage Venture and PE are converging, and this is not to be confused with a speculation bubble.
Nevertheless, it has already happened that the valuation of the D-round is higher than the followed IPO. Which would be a contradiction to high IRRs for the investors at a first glance. But as I mentioned in a previous article “your price, my terms”, the deal value often does not equal to the value of the assets. At this point, the effect of Real Options kick in. Especially in Late-Stage rounds, investors accept high valuations in return of specific Real Options which influent the IRR of an investor in case of an IPO. For example a Liquidation Preference would be such a Real Option.

Impact on the European Venture Market

Due to the rising valuations in the US Venture Market many US investors turn to Europe. They want to take advantage from the “Silicon Valley Vortex” – It is no mystery that crossing the Atlantic for European startups will increase their startup’s valuation, sometimes by as much as 3x.
But the raising valuation are just one reason for this shift. European startups are used to the low VC supply in Europe and have learned how to operate under huge pressure with big competition. They understood that in order to survive in a market with low supply and high demand, they have to develop business models which are viable from the very beginning. Furthermore, European startups are confronted with a fragmented and complex market early on, which helps them during their expansion period. This unique attributes of European startups and the recent developments in the US Venture Market has led to an attractive and emerging European startup ecosystem. 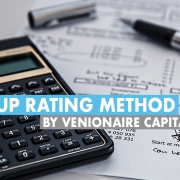 How to value Startups 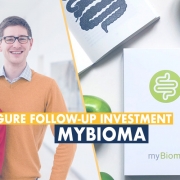 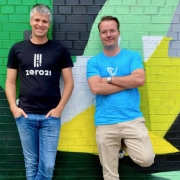 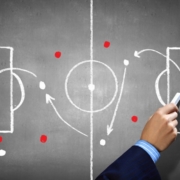 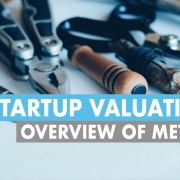