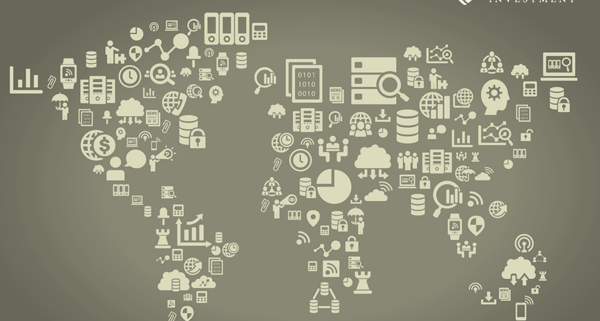 “The only constant in the universe is change”, stated philosopher Heraclitus of Ephesus. And change is constantly getting faster: It took about 2000 years before the Bronze Age was fully replaced by the Iron Age, but not even three hundred years for humanity to transit between the Industrial to the Digital Age.

In a phase of transition, the new and old economy can greatly profit from each other. One good example is the invention of modern telecommunication satellites in the 1950s. This technology evolved due to important investments made by the Soviet Union and the United States. In the following years, the knowledge transfer of the state-operated industry to the private sector enabled new products and businesses to flourish. Take for instance a look at the Startup Spire, founded by Austrian-born physicist Peter Platzer. It completely revolutionized the industry by producing small low budget satellites out of common consumer electronics. The Spire satellites provide now the best real-time global cargo tracking data for the maritime industry.

How to make the right investment decision

But the speed of change also implies new challenges for investors. Today, business models get created and evolve faster than ever – so how should one decide which is worth perusing? Our approach is not to focus too much on an industry. We believe investors should rather analyze how a specific technology can contribute to solve great human challenges and how it can be adapted for different use cases.

A truly disruptive technology will always affect many industries. Just remember the birth of steam engines: Originally, they were invented to pump out water from mines but later were used to power ships and trains. Steam became quickly the almost only source for energy production and enhanced massively the overall energy output.

But the steam engine was such a new thing that people had difficulties to imagine it’s value. Scottish engineer James Watt used a clever trick by comparing the output of steam engines with the power of draft horses. He made it understandable that one steam engine could achieve the same as thousands of horses.

Curious to find out how Venionaire identifies Game Changer? Check out this short presentation.

How new technologies are pressing on European Utilities
Scroll to top