In his bestseller, The Black Swan, Nassim Nicholas Taleb lays out a theory about how people perceive probability. The book focuses mainly on events named “Black Swans” which distinguish themselves by holding three main characteristics:

Sounds familiar? It certainly does for anybody involved in the Venture Capital industry. The desired aim of all startup investors is to identify and invest in companies which will make it bigger than 1 Billion USD, commonly named Unicorns. Unfortunately, a Unicorn shares the same characteristics as the Black Swan described by Taleb, making them by definition almost impossible to predict. Therefore, investors need to be involved in the startup scene  – travel, socialize and chat as much as possible. Besides that, investing is always a game of numbers. The only way to achieve a high IRR is to invest intelligently in many companies, making the law of large numbers work on your behalf. Several studies and mathematical simulations have shown that it takes investing the same amount of money consistently in at least 20 to 25 companies before your returns begin to approach the typical return of over 20 percent for professional, active angel investors. This means, the greater the number of companies into which an angel invests, the greater the likelihood of an overall positive return. 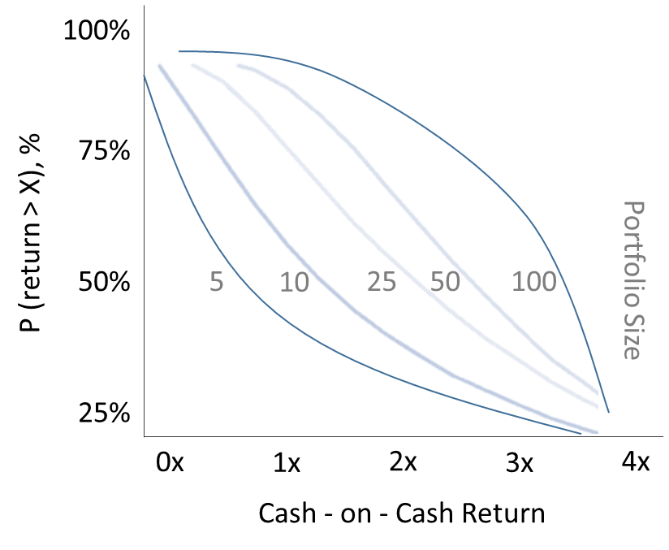 Venture Capital is all about making the right hit while investing. Giving the fact that any particular company has roughly similar odds of succeeding or failing, the lopsided nature of the returns means that, on balance, the more companies in which you invest, the more likely your whole portfolio is to generate higher returns. Finally, investors have to be prepared to accept failure. Finding a Unicorn often means experience some of the biggest disappointment and disasters you can imagine. At the end of the day, it’s all about having your winnings being bigger than the losses, which ever number of Unicorns turning out to be ordinary poneys.

Hermann Hauser is Business Angel of the Year

Alternative Finance: Crowdinvesting on the Rise in Europe
Scroll to top