Silicon Valley is undoubtedly the most innovative region on the planet. Many people visit the valley every year to get an understanding of what makes this region so different. Is it the air, the water, the landscape? Or are people genetically different? Not so, because the 3.5 million people include 60.000 Germans, Austrians and Swiss who live and work here.

The secret as it turns out is not the nice buildings or the great climate, but the several dozen behavioral traits that people practice. While each one in itself may seem small, taken together they give Silicon Valley the competitive edge. Because behaviors can be changed, there is no need to wait for the creative genius to be born in our country. We can all learn and practice those behaviors as well.

Being mindful is the art of being aware of one’s surroundings and looking at things with fresh eyes. We do that when we are traveling, as we notice differences from our own home. An architectural style, a meal, the way waiters behave, people line up or don’t at a bus station, all these things make us aware of differences. And we realize that things can be done in ways deviating from what we are used to and think those are the only ways.

Reminding ourselves to being mindful every day in our own city or country can help us discover inconsistencies, or potentially new ways of doing things. On our way to work lets just lift our eyes from the smartphone screens and observe our surroundings. This opens us up to another creative technique, namely …

For an innovator the logic ‘never change a running system’ makes no sense. While the waiting line is the process we are used to we can ask “Are there other options?” Can we reduce wait times, or get completely rid of waiting line? Why actually do we have waiting lines? Do we need so many buttons to use a smartphone? Do we need a driver in cars? What if we remove keyboards from smartphones and drivers from cars?

By questioning the Status Quo we are opening ourselves to making new discoveries and potentially improving processes and creating new ones. Doing this is not a sign of disrespect to somebody or an institution. It’s a sign of respect to humanity making their lives better. Coming up with alternatives to the Status Quo, we need …

Ideas keep the innovation engine running. That’s why we need many of them. We need to generate many ideas, we need to talk about them and share them with others, and we need to listen. Many Austrian startup often ask me to sign an NDA before they share an idea with me. And I always reject. And it also tells me that the idea still sucks, because without sharing it, the startup has not yet gotten enough feedback to see the validity and demand for their idea.

A common misunderstanding is that ideas have value. No. Ideas are cheap. I can easily write down hundred of them. The hard part, the one that is difficult is to execute on the ideas. Turning them from an idea into reality.

That’s also a reason why we can never say what is a good idea and what not. Every idea that didn’t sound ridiculous first, was never there to change the world.  People using a machine heavier than air to fly? Riding on a cart that has a noisy and stinking steam boiler attached to it? Putting a railway underground? All those ideas sounded ridiculous and many great and highly respected ‘experts’ told the ‘fools’ why their ideas wouldn’t work. Until they did. And those ‘fools’ didn’t care about …

If you are craving for a good reputation you choose a task or job where you are not looking like a fool. If every meeting for you is one to confirm your status, one will only try proven things. Considering the statistics this is a smart way to do your business. Most of the ideas will never fly; most will fail. But the ones that succeed can bring humanity forward.

To demonstrate that principle I address everyone coming to visit or trying to understand Silicon Valley by the first name and using an informal version. Instead of addressing somebody with ‘Sie’ (German) or ‘Vous’ (French), I right away use the informal ‘Du’ (German) and ‘Tu’ (French). This allows everyone to relax. It’s not about your reputation anymore, it’s about what ideas you have right now. Then you stop being afraid of expressing an unpolished idea out of fear to ‘look silly.’ No great idea will ever be perfectly polished. Coming up with a good idea is creating many ideas, filtering the good ideas, building on the many bad ideas, sparking new ideas by combining several.

If one is too afraid to look silly, you deprive us from getting to many ideas and finding the good ones. That’s why we need to create a…

Hospitals need to maintain books, where every medical error is reported. Two hospitals were compared, one which had an error book with only few errors report, the other one had many errors listed. Which hospital is safer for patients? After all we talk about errors that can be fatal. Turns out that the hospital with more errors reported was much safer, had much less medical complications and fatalities than the other. The reason becomes obvious: in the hospital with few reported errors people were punished fo making mistakes. So the medical staff tried to hide errors and not report them. By not reporting the others couldn’t learn and improve the system. The result was that more people died there and more complications occurred.

The hospital with the many errors had created a ‘psychologically safe environment’ that encouraged every staff member to report errors and let the others know. Changes were suggested and followed and fewer medical complications and fatalities occurred.

Ask yourself: does your organization foster a psychologically safe environment? Do people need to be afraid that they are being punished or badmouthed behind their backs? Are you the one badmouthing them? Are you the one ridiculing them for ideas they have? Are you the one finding all reasons why something will never work, and that you knew it all along? Then you should use a method called …

When somebody shares an idea with us, our first reaction may almost certainly be “What a silly idea! Will never work!“ Guess what? We are very bad with selecting the good from the bad ideas. Building a platform where people send each other messages limited to 140 characters? Bad idea, right? No, that’s Twitter. A platform where people talk to kids about what they do at their jobs? Another bad idea, right? No, that’s Whatchado.

This is certainly one of the hardest behaviors to change. Overcoming our gut feeling, our initial reaction and taking instead a step back, breathing in and out, and saying “Interesting. Can you tell me more about your idea?“ and then “Yes, and … can I do this as well with the idea?“ Suddenly, this turns into an invitation to a dialog about an idea and the potentials for it crystalize. This is where an idea turns from a pebble into a boulder and then into a gold nugget.

This is also the moment, where you want to …

You may not know much about the industry or discipline of such an idea, but giving constructive feedback is a first step. And then you may remember a friend  or acquaintance who works in that field, or can connect you to somebody else, or knows somebody who does something similar or complimentary. Connect them. A short introduction mail is done in a minute. And you never know what will happen. At minimum two people met and had a coffee together, at best they executed a great idea and serve humanity. Guess whom they will remember and help when needed?

These are some of many more behaviors that people in Silicon Valley tend to show more than people in other regions. While we have access to the very same knowledge and technologies, these traits help us to unleash our own potentials by combining them with our own strengths. The good news is: the Silicon Valley mindset can be learned. It’s up to us to pick them up and embody them. 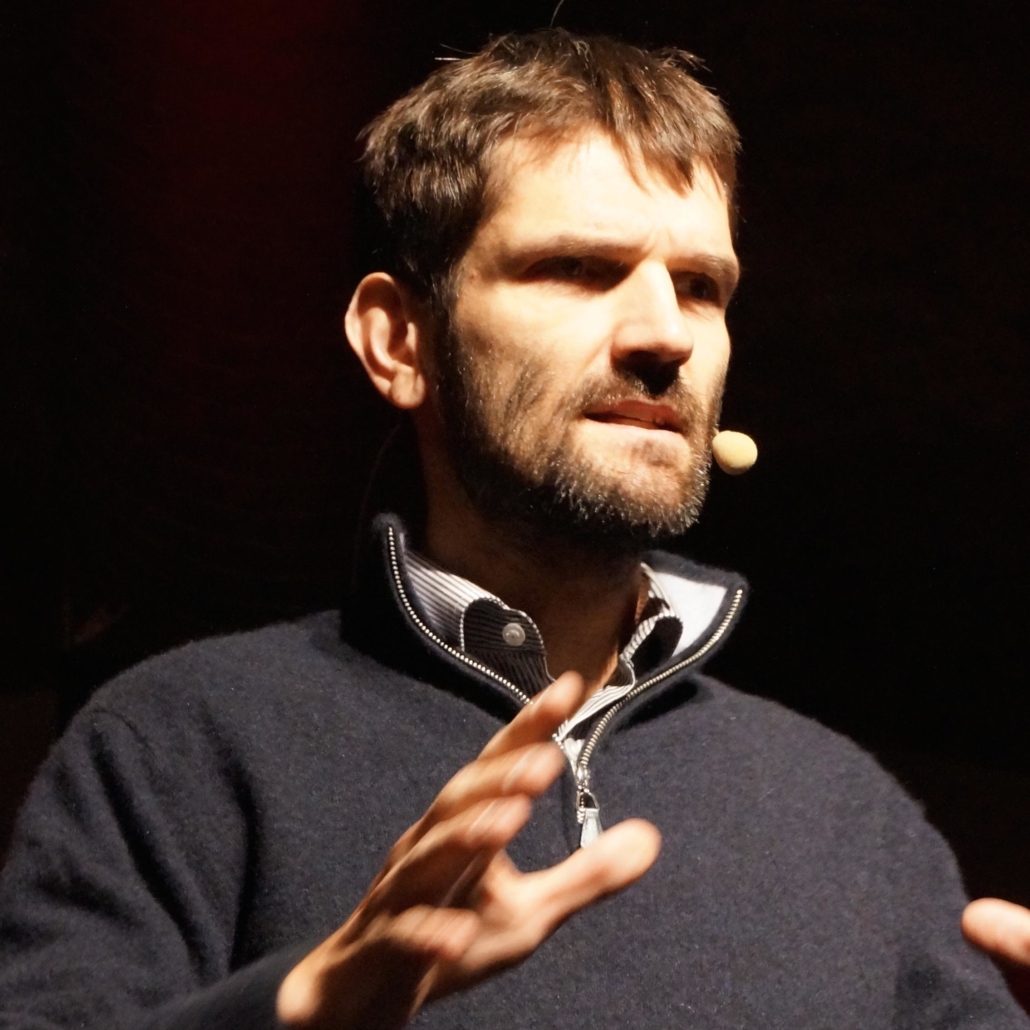 Mario Herger is a technology & trend researcher and consultant living in Silicon Valley. He writes books on technology, innovation and behavioral topics, including Silicon Valley Mindset and Gamification. His next book is about the second car revolution, titled “The last driver license holder”. He has written a number of articles for magazines and given interviews (The Guardian, LA Times, Financial Times, Der Aktionär…). Herger has 15 years of experience in the enterprise software space and worked with SAP in Germany and SAP Labs in Palo Alto as developer, development manager, and senior innovation strategist. He is founder of the boutique consultancy Enterprise Garage . 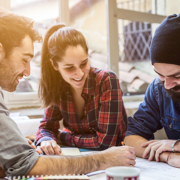 Digital News: How technology takes over the news industry